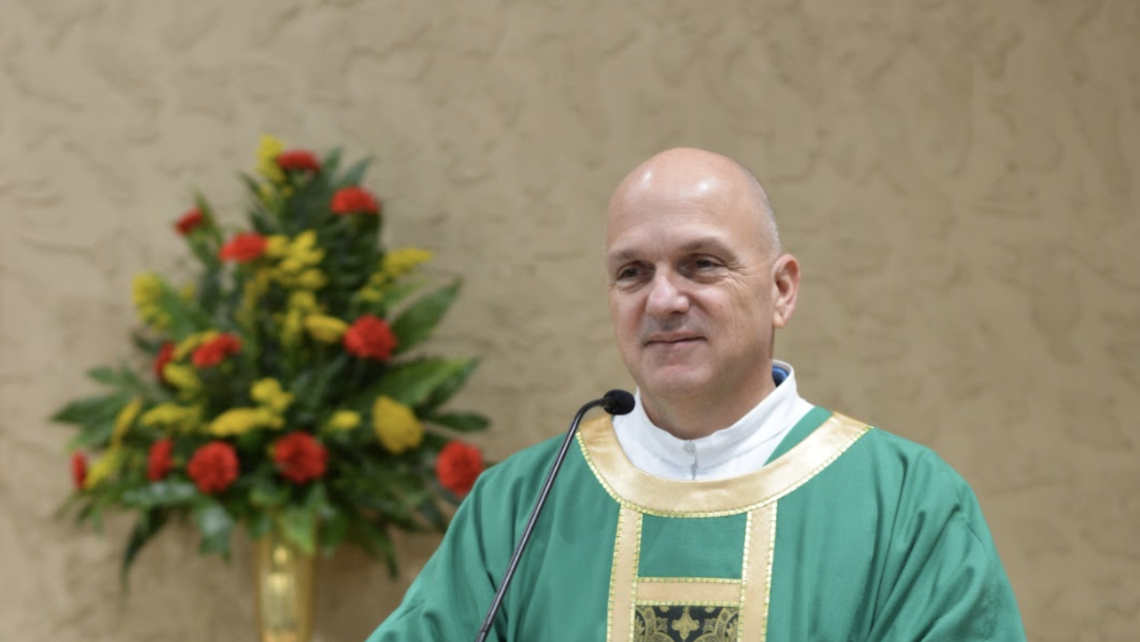 In Scripture, images of abundance and feasting can point to the gift of God’s grace.  Today’s Gospel of the parable of the wedding feast offers images of the grace made present to us through the sacraments.  In the abundant feast of the Eucharist, God provides food that strengthens life in us.  In Baptism, God provides the garment as well, clothing us in holiness and enlivening the Holy Spirit’s power in us so that we might accept the invitation to the feast.

The scripture passages from Isaiah and the Psalm also present God as one who provides abundant food and drink, but they present a different picture of God.  In these passages, God is a provider and a protector rather than a temperamental tyrant.

There is also a similar expression of faith by St Paul in Philippians.  Because St Paul has experienced both prosperity and scarcity, he has learned the secret that Christ is sufficient and states “I can do all things in him who strengthens me.”  God, for St Paul, is one who will meet our every need.  At Home with the Word

On the surface today’s parable can stir-up mixed feelings.  Perhaps we feel a bit of resentment that the king would cast this man to the horrors of darkness because he was not wearing a wedding garment.  After all, he “was” only a passer-by, someone suddenly grabbed by the king’s servants and pressed with an instant invitation to attend a wedding feast – “now”.

The “accused” man certainly did not go around carrying spare formal attire just in case the need should arise.  In fact, we might feel, in light of the original refusals, the man was doing the king a favor by being there at all.  And on top of this, the Gospel makes it clear that the servants going into the streets indiscriminately gathered “all” the people they found, both the good and the bad; and presumably, the well and ill-clothed.  Why would the king be astonished to find a man there without a wedding garment?  What did the king expect?

Evidently the king did expect the man to have on a wedding garment and felt justified when he threw the man into the darkness for not having one.  We could assume that the king was not being a fanatic about etiquette and therefore the sudden guest was at fault.  Some have suggested that wedding garments were provided at the coatroom, and so guests would be at fault for refusing to wear one.  Others have thought that the servants carried the garments with them and issued them to the guests.

Whatever the case, the answer in this parable is certain: the man was wrong, not the king.  We can be certain of this because it is based on the most important sentence in this gospel passage, the sentence that gives us the key to the parable, which puts the blame rightly where it should be: squarely on the shoulders of the guest.  That brief, revealing sentence is: “But he was reduced to silence.”

The man was silent.  He had not one word to say in his own defense, as surely, he would have if he were unjustly accused and if his silence would cast him outside into the terror of the darkness.  The man had nothing to say: no excuse, no explanation, no protest.  He had nothing to say.  Perhaps a shrug of the shoulders, raised eyebrows, empty gestures.  But no explanation, no protest.  His silence branded him as guilty beyond the shadow of a doubt.  “But he was reduced to silence.”

This parable is a disguised story of God’s announcement of his Son’s love and the community he founded with its treasures of charity and grace.  In the parable, the man who preferred his farm represents anyone too attached to material things to seriously heed God’s invitation.  The man who went to his merchandise represents those with an overeager desire for shallow fame and gain.  No time for deeper things in life.  Those who put to death the king’s servants represent those who by excessive greed, lust, selfishness, and addictions slay even the most insistent messenger of God’s call to repentance and entrance into the Kingdom.

There are those who did come to the wedding feast; those who entered the Kingdom: the good, the bad, and the indifferent.  Now at the end of time; Christ who has been protecting all, now separates them.  Entering the banquet hall of his Kingdom he spots the unrepentant sinner, the still lukewarm believer, and says with initial sadness, “My friend, how is it that you came in here without a wedding garment?”  “Why are you sinful, still refusing my love, still unrepentant, still cold toward me?”

If any comment can be made it will be those accusing, lonely words: “But he was reduced to silence.”  For who of us will really have an excuse when Christ comes to judge us?  We are surrounded by his wisdom, taught by his Church, nourished by his flesh, nurtured by his Word, washed in his blood, persuaded by his Spirit, and sought, hunted, and pursued in a million ways by that love of His.  What explanation will we be able to give for our ultimate failure of Love?  What excuse?  What protest?

Thus, the warning from today’s Gospel passage.  Yes, we have struggles.  Yes, there are situations in our lives that make it almost too late to reverse our position.  Yes, there are “circumstances,” as we say.  But deep down, all taken together, they’re not enough of an excuse to flee conversion or to refuse a change of heart.  Christ is still anxious to have us at the banquet.  He still sends tireless servants: friends, the Church, the sacraments, prayer, help in many disguises.

The Gospel says that if we continue to refuse God’s invitation, we will have no words of excuse to offer.  Helpless silence will be our only response.

But if we heed the gospel’s warning and invitation, then words will flow; there will be stories of struggle to be sure, perhaps even of suffering, but there will surely also be words of triumph to gladden the heart of God already gladdened by our return home.  Bausch “Telling Stories, Compelling Stories”

Today’s parable ends by saying “Many are invited, but few are chosen”.  Does this sentence give us cause for concern?  Maybe it makes us wonder, “I hope I get chosen for heaven.”  Or maybe we question the justice in it.  “If God has already invited people, why would he not choose them?”

Look at the “worthiness” of the king’s initial invitees.  They turned out to be murderers, so the king probably knew they weren’t “worthy” to begin with.  But that didn’t matter.  Even if they had a sinful past, that did not have to disqualify them.  By accepting the invitation and making their way toward the banquet hall, they would have placed themselves on the path of repentance and new life.  The same is true of the second group, which was made up of the “bad and good alike”.  They were not bound by whatever they had done or failed to do earlier.

The same is true for us.  Our worthiness is not based on whether we have done everything right.  We become worthy as we accept His invitation.  Every step we take that brings us closer to the heavenly banquet hall makes us more worthy.  It weaves another thread of the garment of holiness that all the saints in heaven wear.

God invites everyone to his banquet.  His light shines “on the bad and the good” and “on the just and the unjust”.  Ever and always, he is calling out, urging, even begging us to come to him.  Everyone is called; may we all accept the invitation so that we can be counted among the “chosen”.

“Thank you, Jesus, for inviting me to your banquet! Help me not to be silent and to choose to live for you this day.” Word Among Us

There is an ancient parable whose earliest known existence... END_OF_DOCUMENT_TOKEN_TO_BE_REPLACED

Solemnity of the Assumption of the Blessed Virgin Mary